When the environment makes you sick

More and more often people suffer from unspecific hypersensitivity that cannot be clearly grasped. Since there is no uniform clinical picture, the search for triggers is difficult.

For some years now, more and more people have appeared in doctors’ offices who suffer from unspecific and elusive hypersensitivities. Some of them have very different symptoms that cannot be clearly assigned to either allergic or pseudo- allergic causes. Often those affected have already been to numerous specialists or also to naturopaths, environmental consultants and miracle healers – each without success.

The list of suspected disease triggers is headed by wood preservatives, molds and solvents; fragrances also cause many problems. In most cases, however, analytical methods cannot clearly confirm that these substances are the cause of the symptoms. The symptoms described cannot usually be narrowed down precisely and range from persistent tiredness, exhaustion, headaches and dizziness to severe skin and mucous membrane diseases to memory disorders, irritability and depressive moods.

Whether environmental pollutants are actually involved is still highly controversial. The fact that often no triggers can be detected could also be due to the fact that the diagnostic possibilities in this area are still very limited. Some scientists suspect an increased sensitivity to smell, others believe it is due to neurophysiological changes in the transmission of stimuli. In some cases, however, it is possible to prove genuine hypersensitivity reactions with a thorough, professional detection method. A study by the Robert Koch Institute has shown that behind unspecific complaints there is a difficult to unravel variety of partly allergological, partly psychosomatic and only very rarely toxic reactions.

The symptom complexes are summarized by various authors and experts in a large number of disease descriptions, for example as eco-syndrome, multiple chemical sensitivity (MCS syndrome) or sick building syndrome, a phenomenon in which those affected become ill due to a “disease-causing” Building feel sick. According to current estimates, around 400,000 people in Germany are affected by such hypersensitivity to chemicals, reports the German Allergy and Asthma Association (DAAB).

According to the “White Paper on Allergy”, an eco-syndrome is understood to mean clinical pictures that are associated with different, very subjective complaints, “combined with the conviction that one is ill from environmental pollutants”. In the public discussion, the term is often used synonymously with multiple chemical sensitivity (MCS syndrome). However, medical professionals mainly use the term to define complaints that are associated with chemical substances. However, these are present in extremely low concentrations, so that they are generally no longer considered harmful. With conventional detection methods, no clear cause of the disease can be determined.

“It should be emphasized that these are unconscious processes,” says Torsten Zuberbier, head of the Allergy Center at the Berlin Charité and the European Foundation for Allergy Research (ECARF). “Smells in particular have a high level of significance from the history of evolution.” Those affected could unconsciously associate negative experiences with supposed danger. “The discomfort that arises when reliving the smell is evolutionarily to be understood as a protective mechanism, even if this is objectively not necessary,” says the allergist.

According to an international convention of the World Health Organization (WHO), the term sick building syndrome occurs if more than 10 to 20 percent of the residents or employees in a building experience unspecific complaints that quickly subside after leaving the building. The presumed connections between staying in certain rooms and certain complaints often cannot be refuted, but they cannot be proven either.

In part, the causes can be found in inadequate air conditioning. The problem, however, is that there are many factors that can play a role that may also affect one another. If even an elaborate analysis and diagnostic procedure does not produce a clear result, one must assume that psychological factors probably also play a role.

A therapy is based on the results of the studies, write the authors of the “White Paper on Allergy”. It is particularly important to avoid the trigger factors recognized as relevant. If, for example, technical building facts such as air conditioning play a role, renovation must take place here. “If no causes are found, psychosomatic or psychiatric therapy can be helpful,” says Zuberbier. “In doing so, the person affected learns to develop strategies on how to cope with at least those subjectively perceived triggers that he cannot avoid in everyday life and at work.” Overall, the need for research in this area is still very great. 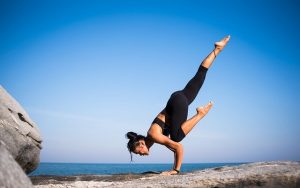 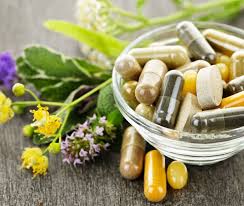